Kirsten Shannon was born and raised outside Portland, Oregon and moved to California in 2000 to attend Pepperdine University.After graduating in 2004 with a degree in Spanish and Fine Art with an emphasis in painting, she and her husband moved to Wichita, Kansas in 2006. It was in the midwest that they started their family, and set about engaging the close knit community of Wichita. Impressed by the quality of art found and the openness of the artists, Kirsten had her first solo show in 2015 at Diver Studio in Wichita and a solo show in the main gallery at the Diver in 2017. In addition, she has been in numerous group shows.

Kirsten’s work is characterized by loose layering, freewheeling marks, vibrant color and the idea that thick paint takes on a personality all of its own. There is freedom and joy in the process. Kirsten is growing in her versatility as an artist, tackling commissions, new mediums and creative ventures with passion. 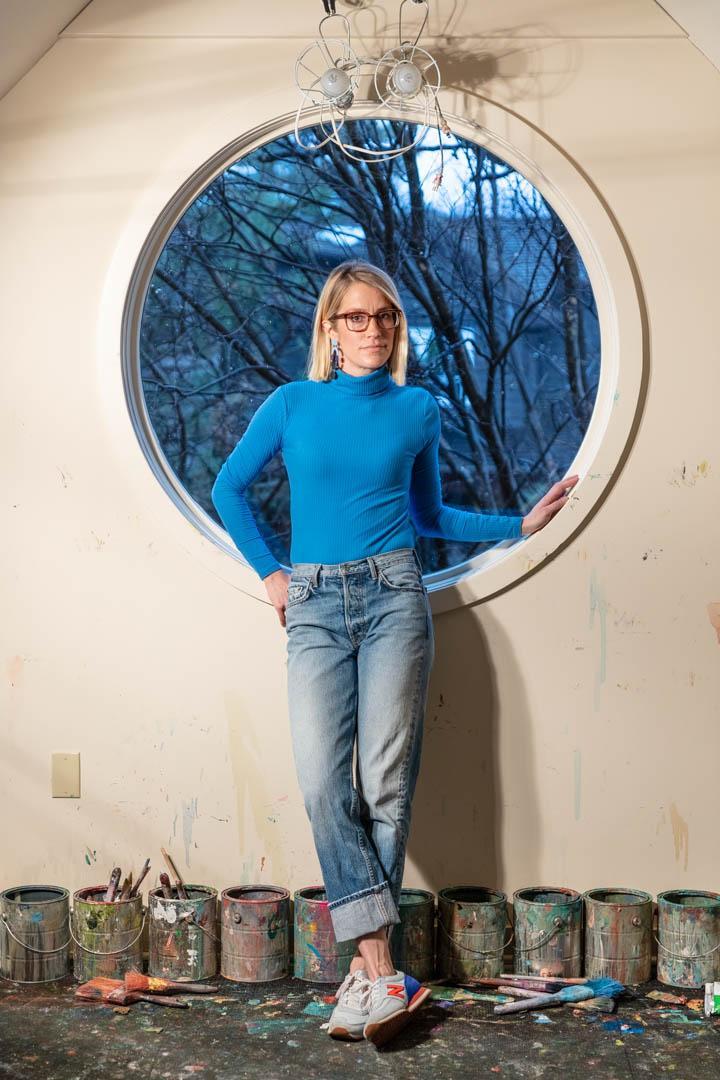